**OFFER** Book direct and get 18% off.  Available Mon – Thurs, until end of August. Click here to view availability.

Please be aware that there are **Fireworks** due to take place on Monday 15th August from 10.00pm.

How well do you know the history of Coombe Abbey?

Go back to news

Submerged in ten centuries of history, the beautiful Coombe Abbey has witnessed some of the most significant moments in history. From housing royals, being surrendered by Henry VIII as part of the dissolution of the monasteries, and playing a pivotal role in the Gunpowder Plot.

Set in the heart of Warwickshire’s countryside, the story of our historical Coombe Abbey and its land begins in 1066. Take a step back in time as we uncover the history of Coombe Abbey:

Founding ‘The Abbey of Cumbe’ 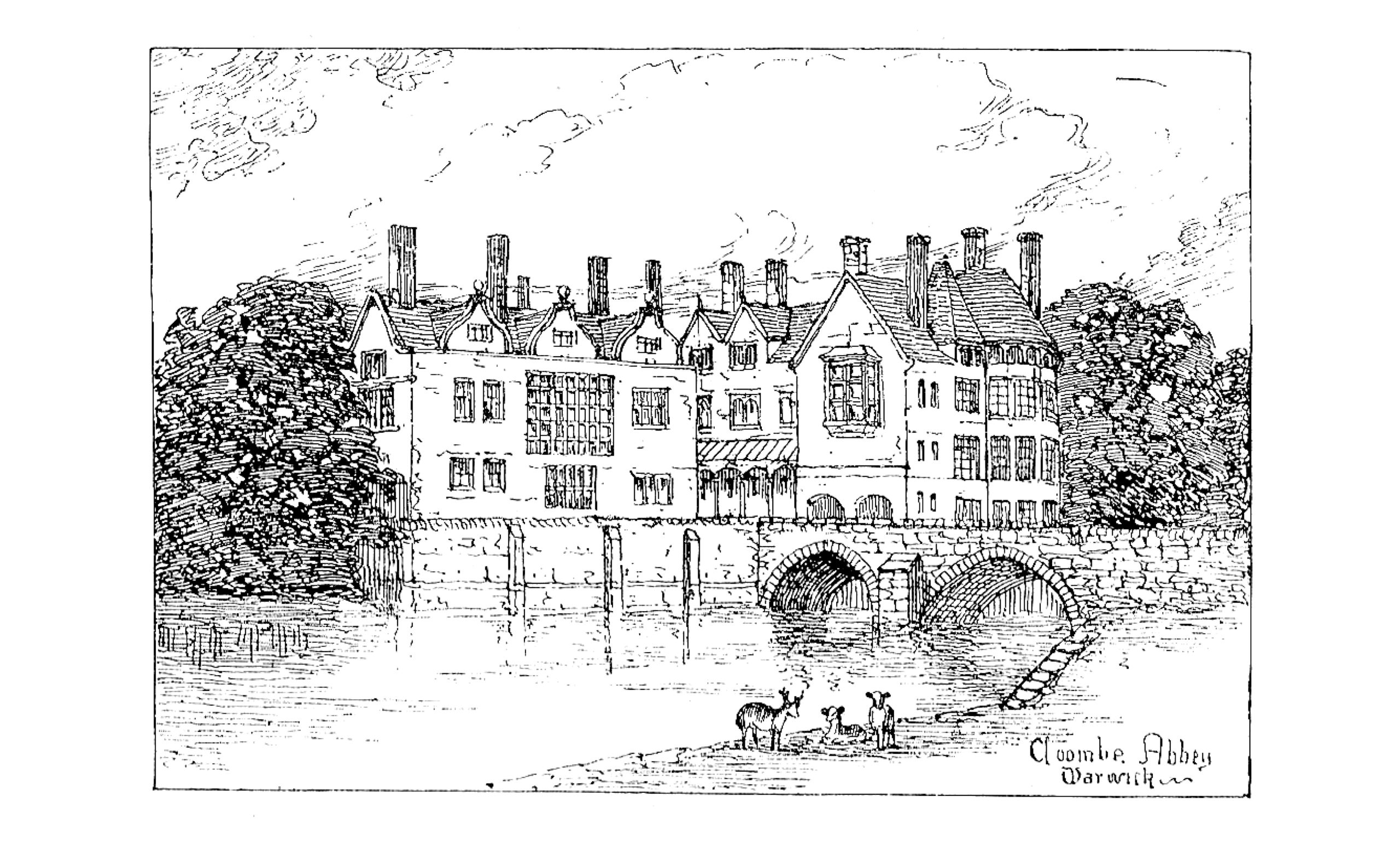 The land on which Coombe Abbey now stands was owned by an Anglo-Saxon named Harding in 1066. This territory was quickly captured by King William I during the ‘Domesday Survey’ in 1086. It was described as the manor of ‘Smitham,’ and it encompassed two villages, Over and Nether Smite (named after the Smite creek). With 720 acres including mile long and wide woodlands, the land was valued at £6,000.

The history of Coombe Abbey itself dates from 1150, and it was the largest and most influential monastery in Warwickshire during the 12th century. Long before it became the historical hotel it is today, it was known as the ‘Abbey of Cumbe’. Originally, the location was part of the mediaeval Abbey of Cumbe’s monastery domain, which was founded by Cistercian monks. The Abbey was devoted to the Blessed Virgin and was located in a wooded valley in Lower Smite. 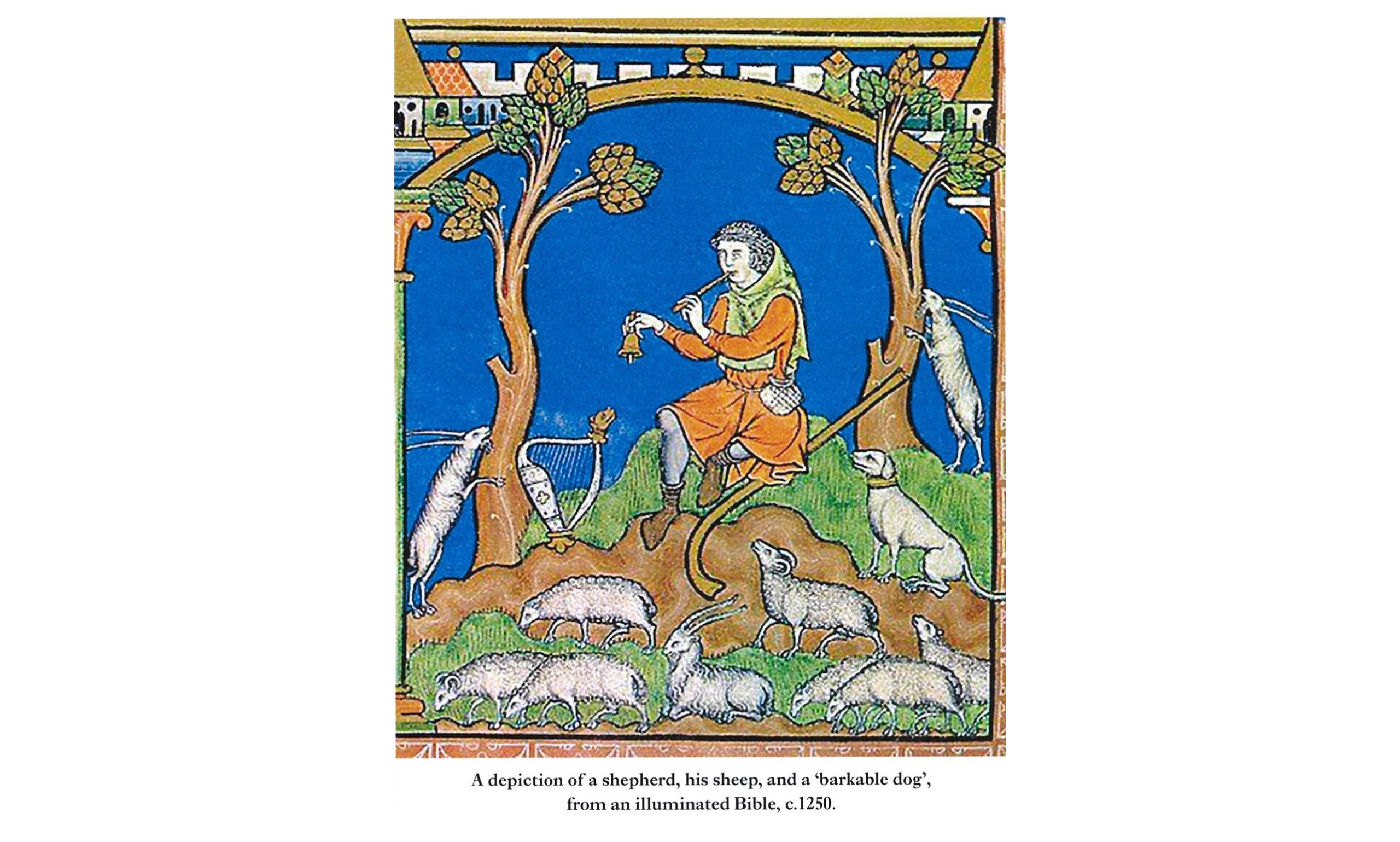 Between its establishment to the dissolution of the monasteries in 1539, the Abbey was primarily engaged in the golden age of English wool production. Sheep farming was the main occupation of the countryside which lasted from the 1200s to the 1320s, with the shepherd playing an important role in mediaeval life. The monks ruled throughout this period of textile manufacturing which suffered severe challenges due to bad weather and cold winters. This essentially ruined the harvests, resulting in seven years of sterility.

Despite the monks’ reputation for giving generously to the poor, their new glazed cloister only lasted 30 years when Tudor king, Henry VIII, ordered the Abbey’s closure. A significant moment in the history of Coombe Abbey was when Henry VIII gained the allegiance of the high social classes by selling them land formerly owned by the church. He did this with the aim of securing his upstart dynasty by enriching the crown.

The Abbey was then purchased by Sir John Harrington in 1581 following a long and varied history that saw it pass from the hands of the monks to King Henry VIII. 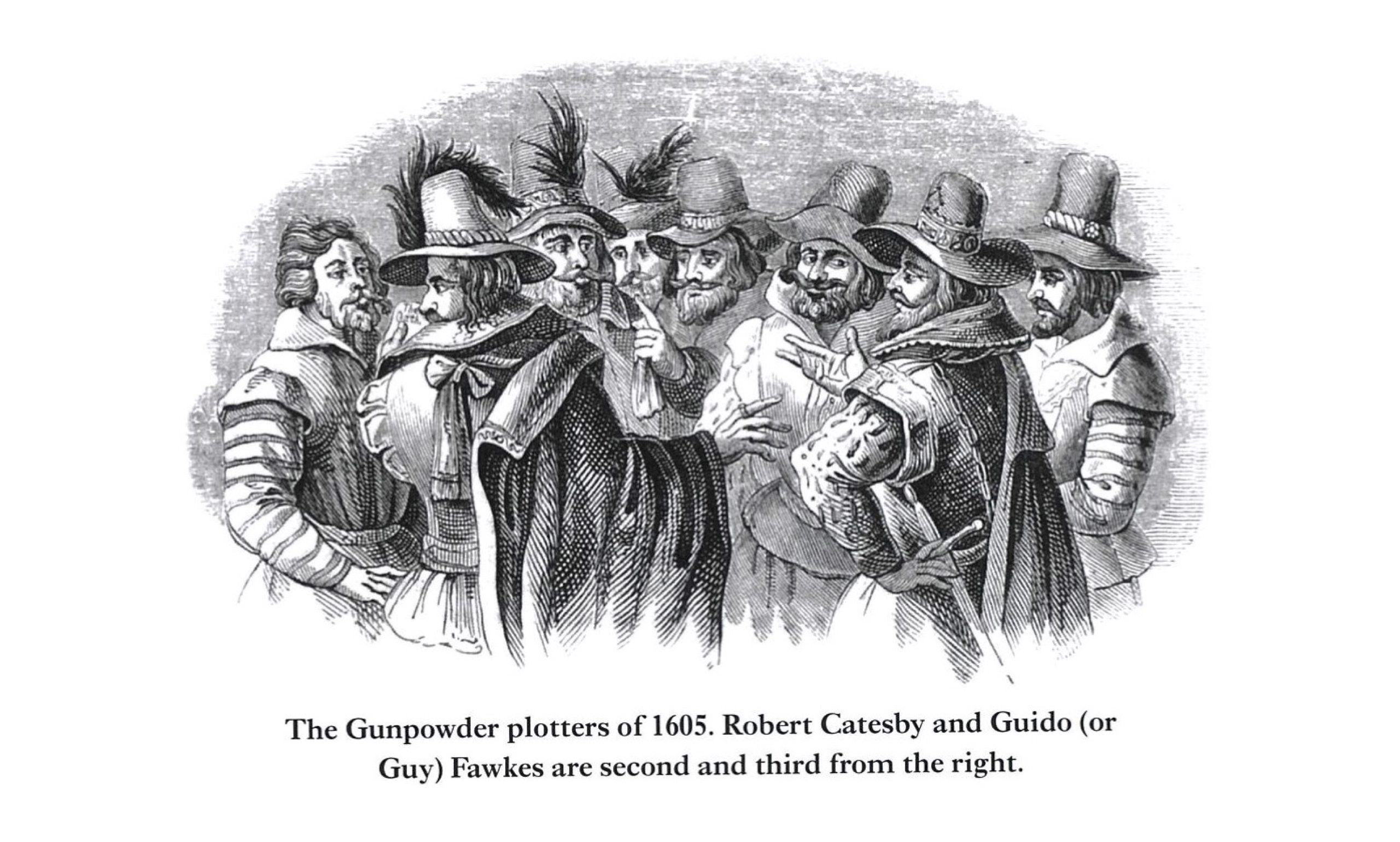 Coombe Abbey was once one of Warwickshire’s most prominent stately homes, and after purchasing the Abbey for his family, Sir John Harrington retained most of the old building’s features.

Princess Elizabeth, James I’s daughter, arrived in Coombe Abbey in 1603, where she was raised and educated for five years. Here she was schooled in history, geography, theology, music and foreign languages, at which Elizabeth became especially proficient in. During her time at Coombe, Princess Elizabeth also kept several pets and had an aviary built and a ‘fairy farm’ stocked with miniature breeds of cattle and sheep.

In 1605, she was, however, prominently featured in Guy Fawkes’ ill-fated Gunpowder and Treason plot. Following her father’s attempted assassination, gunmen attempted to kidnap her and place her on the throne. Despite knowing the outcome of the treacherous plot, the infamous story continues on and is a pivotal moment in Coombe Abbey’s history. 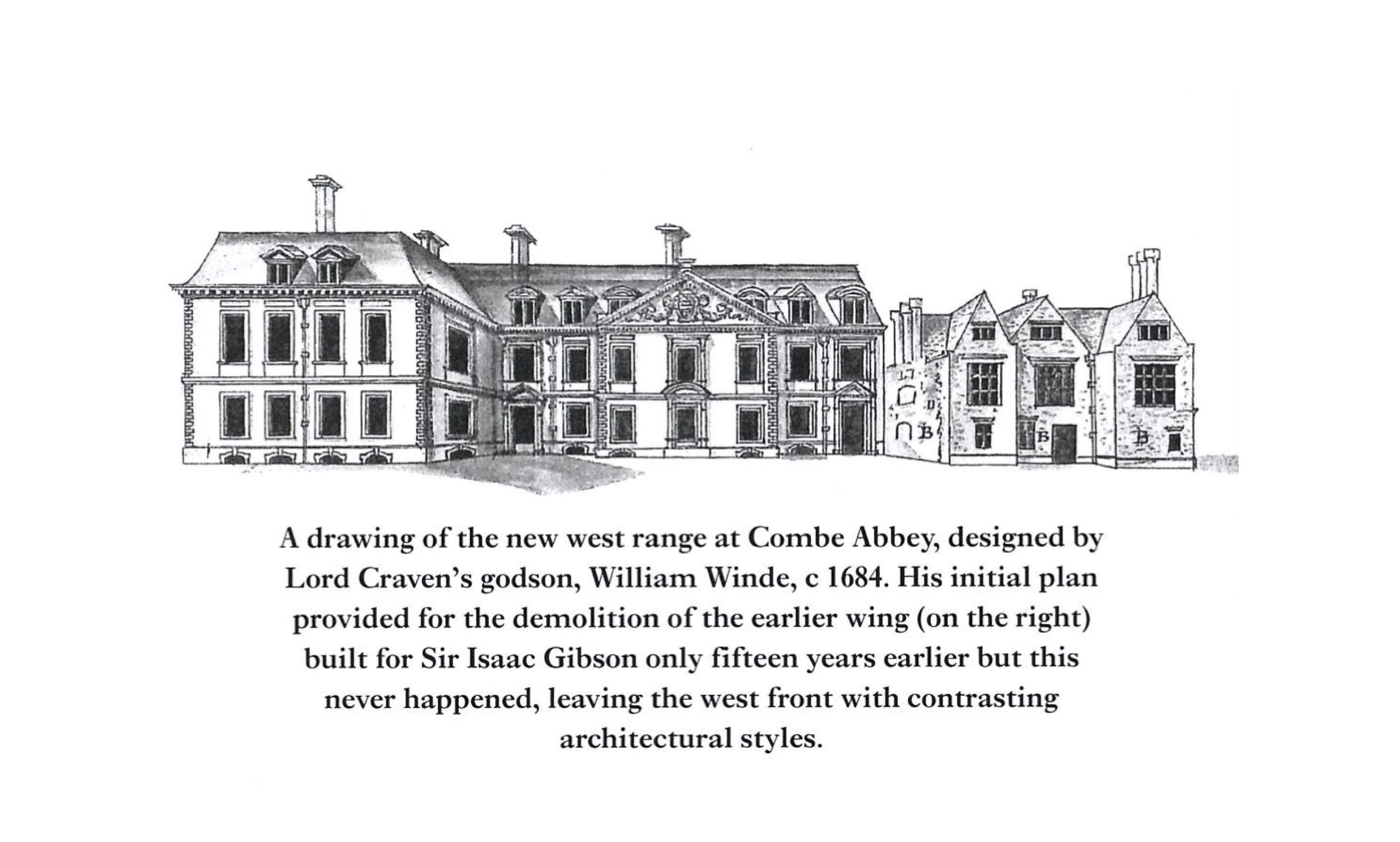 The Coombe Abbey estate was sold to Elizabeth, Lady Craven for the considerable sum of £36,000.

The Abbey was later acquired by the Craven family in 1622, when it was purchased by Sir William Craven’s mother, and stayed in the family for over 300 years. Sir William Craven, a London merchant and financier, was one of the most well-known rags-to-riches stories of his generation. Today, our Lady Craven Grand Feature Bedchamber is one of our most luxurious suites, named after the family.

The Abbey was then extended during the Craven tenure with several new buildings, including the West Wing in 1677. Lancelot ‘Capability’ Brown was commissioned to rebuild the surrounding gardens to modernise the scenery surrounding Coombe Abbey. Brown restored the park, removing the magnificent Elizabethan gardens and added a serpentine lake, expansive views, and fresh plantings. Having such a significant role in the beautiful history of Coombe Abbey, our Grand Feature Capability Brown Bedchamber offers a sumptuous stay.

The home was then altered by William Eden Nesfield, who took care to integrate a Gothic Revival design. The East Wing and parts of the North Wing were removed and rebuilt because of this brief. Coombe Abbey’s rooms were created with historic honouring in mind, and our Grand Feature Nesfield Room offers an opulent break away.

Coombe after the Cravens 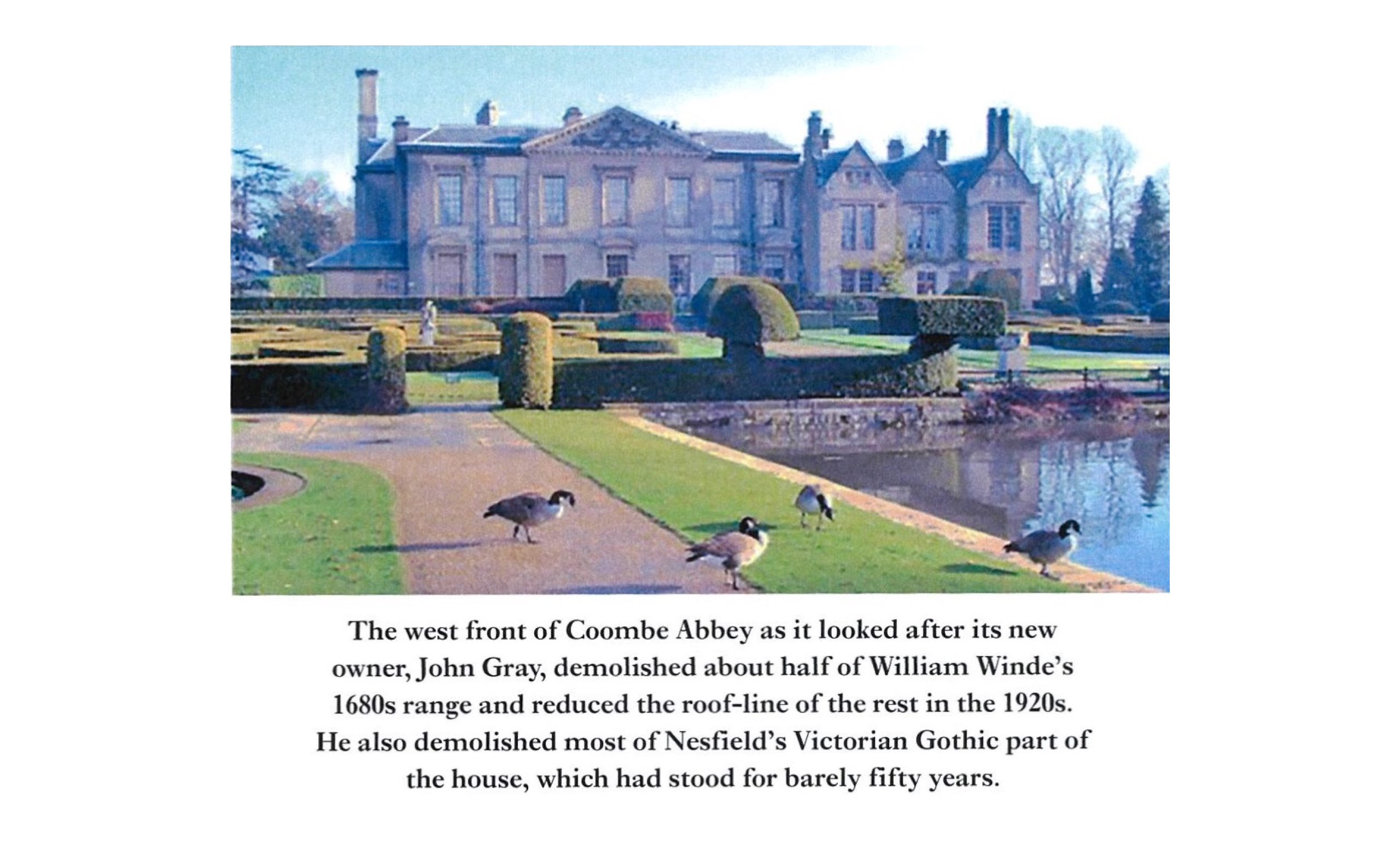 The Countess made the tough decision to sell the estate after Lord Craven’s unfortunate death in 1921. A builder named John Gray purchased the house and its grounds in 1923. The Abbey and its 150-acre estate were taken up by Coventry City Council in 1964, and following a series of restorations, the magnificent Regional Park was opened to the public in 1966, soon followed by the hotel in 1995. 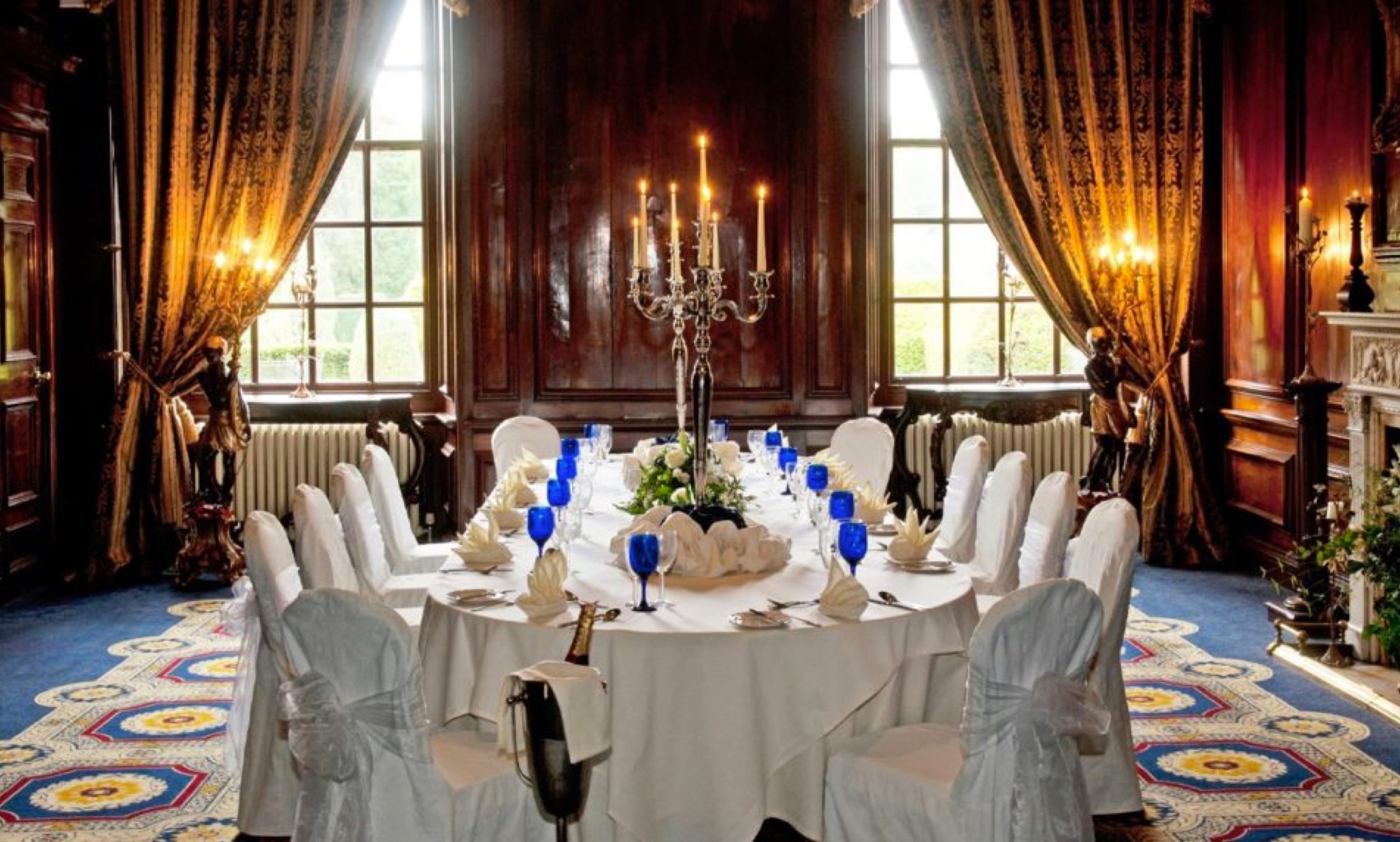 The Abbey, as well as the other buildings surrounding it, bear witness to Coombe’s illustrious past. With just one step inside, you’ll be taken back to mediaeval times, when kings and queens resided at our historic hotel.

The rich history of Coombe Abbey is brought to life in the beautifully medieval-inspired rooms. Embellished with warm oak, velvet furniture and breathtaking decor, overlook the expanses of Coombe’s green parkland.

A visit to Coombe Abbey is unlike no other, radiating the fascinating history that stretches back ten centuries. With quirky bedchambers and comfy features such as four-poster beds, Victorian roll top baths, and stunning vistas, experience an opulent stay. Whatever the reason for your visit, it’ll be one to remember.

Step back in time and experience a magical time steeped in history. Book a stay at Coombe Abbey and immerse yourself in the stories and medieval tales that echo throughout our beautiful hotel and grounds.

Go back to news

Whether you’re in the mood for delicious food, exciting events or historical stays, customise your dream Coombe Abbey visit.