Relax with our Best Price Promise when you book directly.

Swanswell Gate is on of the two remaining mediaeval city gates (Swanswell Gate and Cook Street Gate) that have been restored by Historic Coventry Trust to find a new life as unique accommodation for visitors to the city of Coventry.

Further detailed information about your stay can be found here.

Draped in green and neutral furnishings for a soft, calming atmosphere.

From the bedroom to the dining area the original stone walls have been left untouched to give you a feel of this unique accommodation.  The living area is adorned by the original archways giving you a view straight into the city.

Have an invigorating spritz in the walk-in shower.

Swanswell Gate is located on the quieter side of the city, ideal for a romantic break for two. 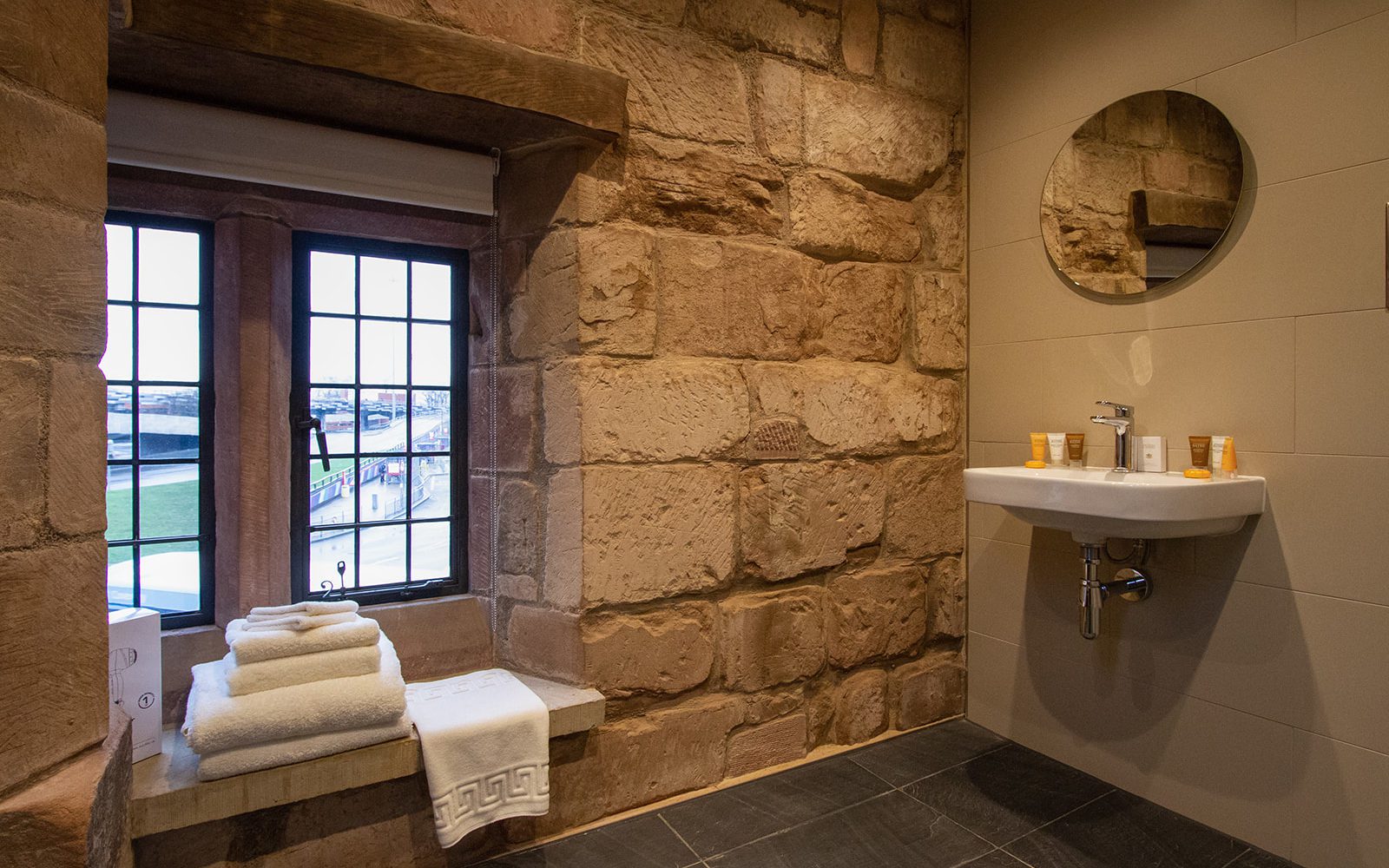 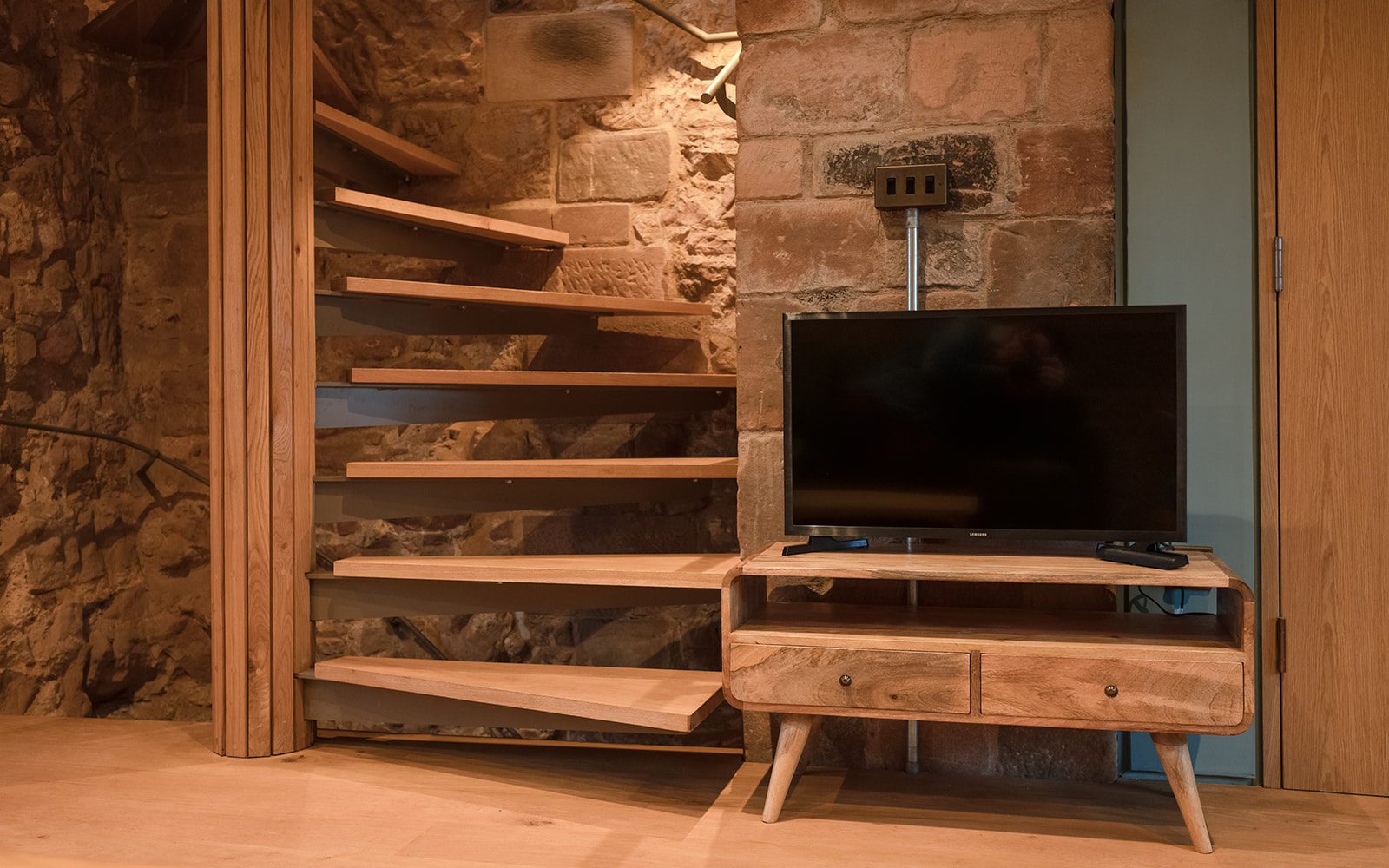 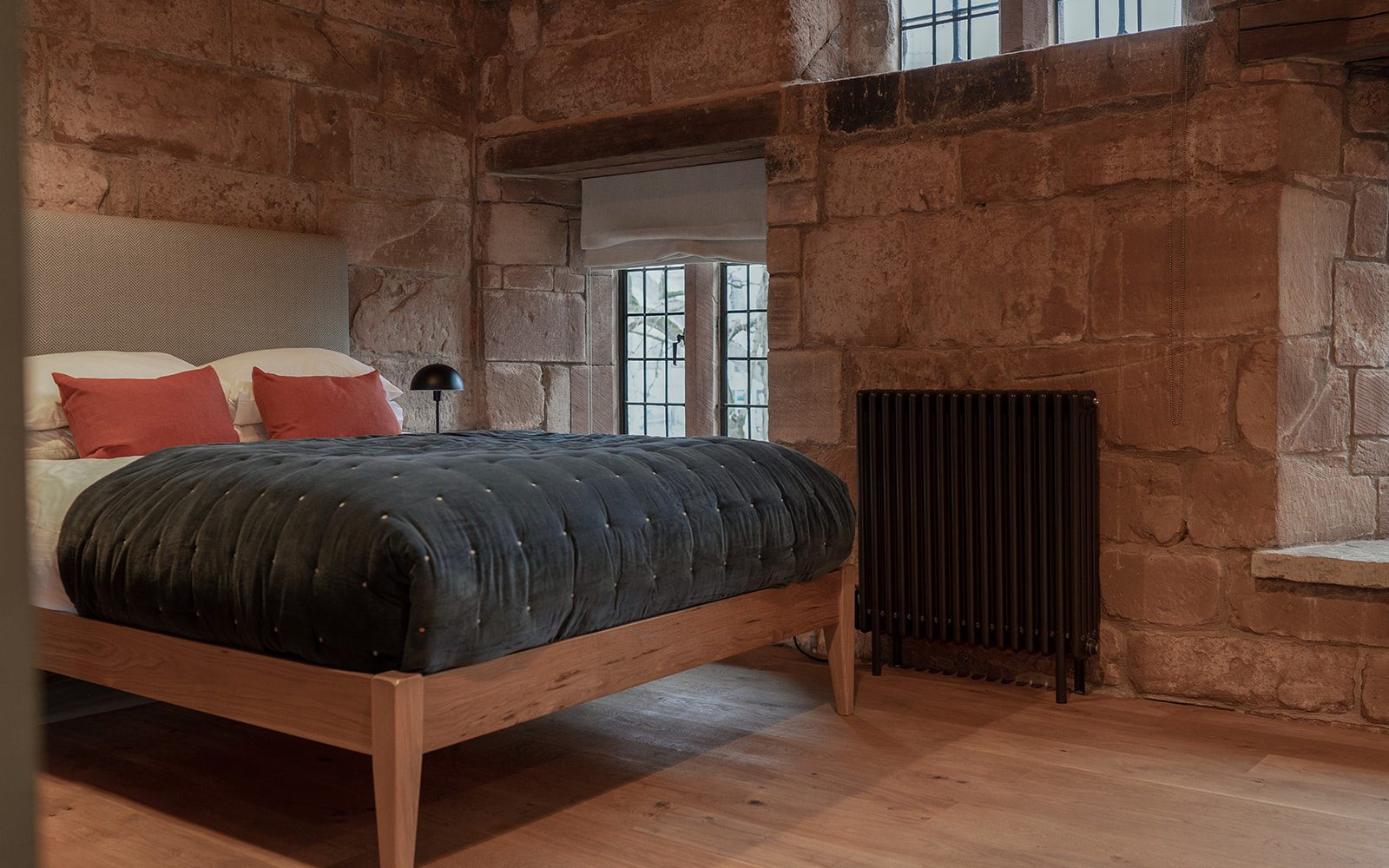 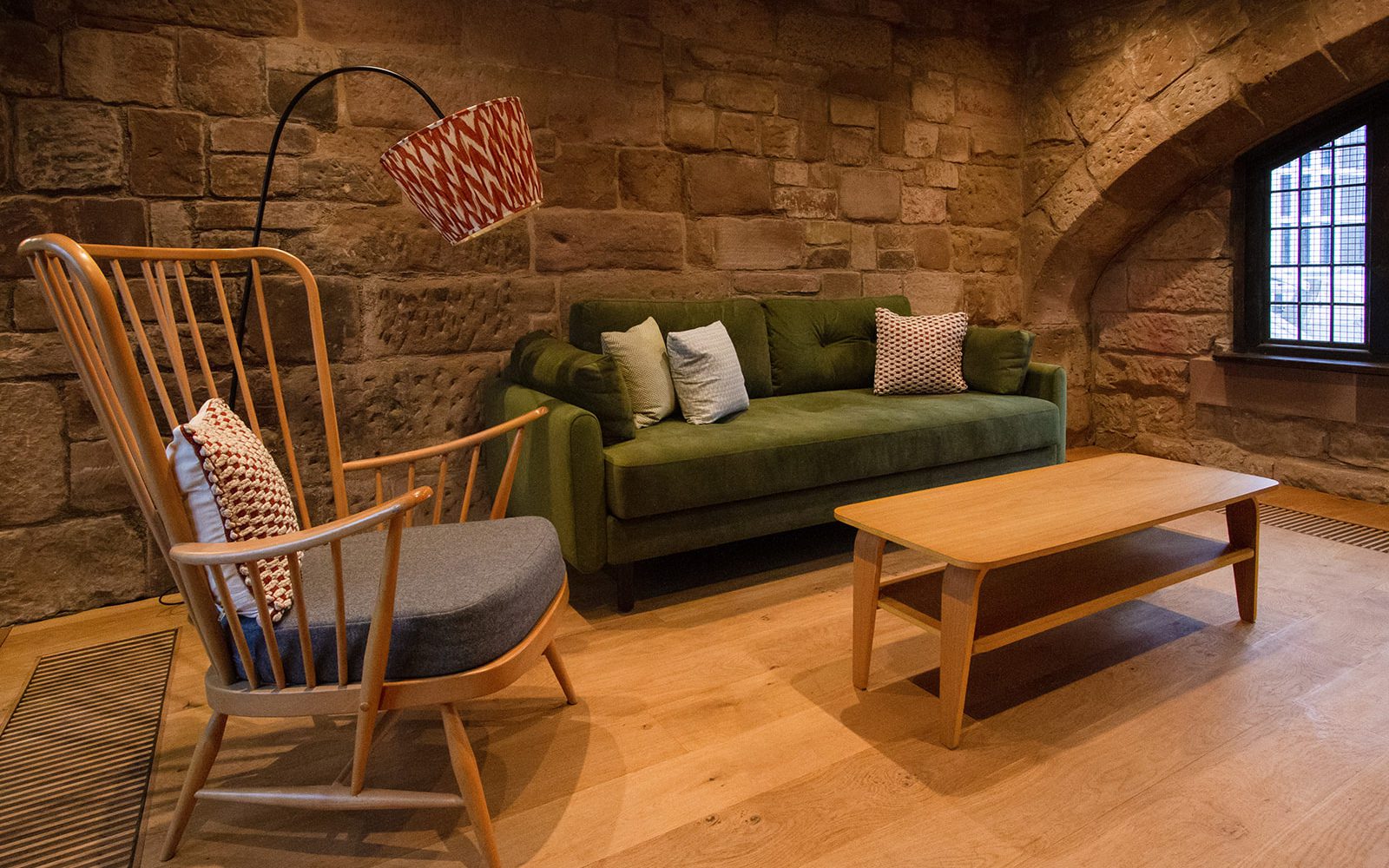 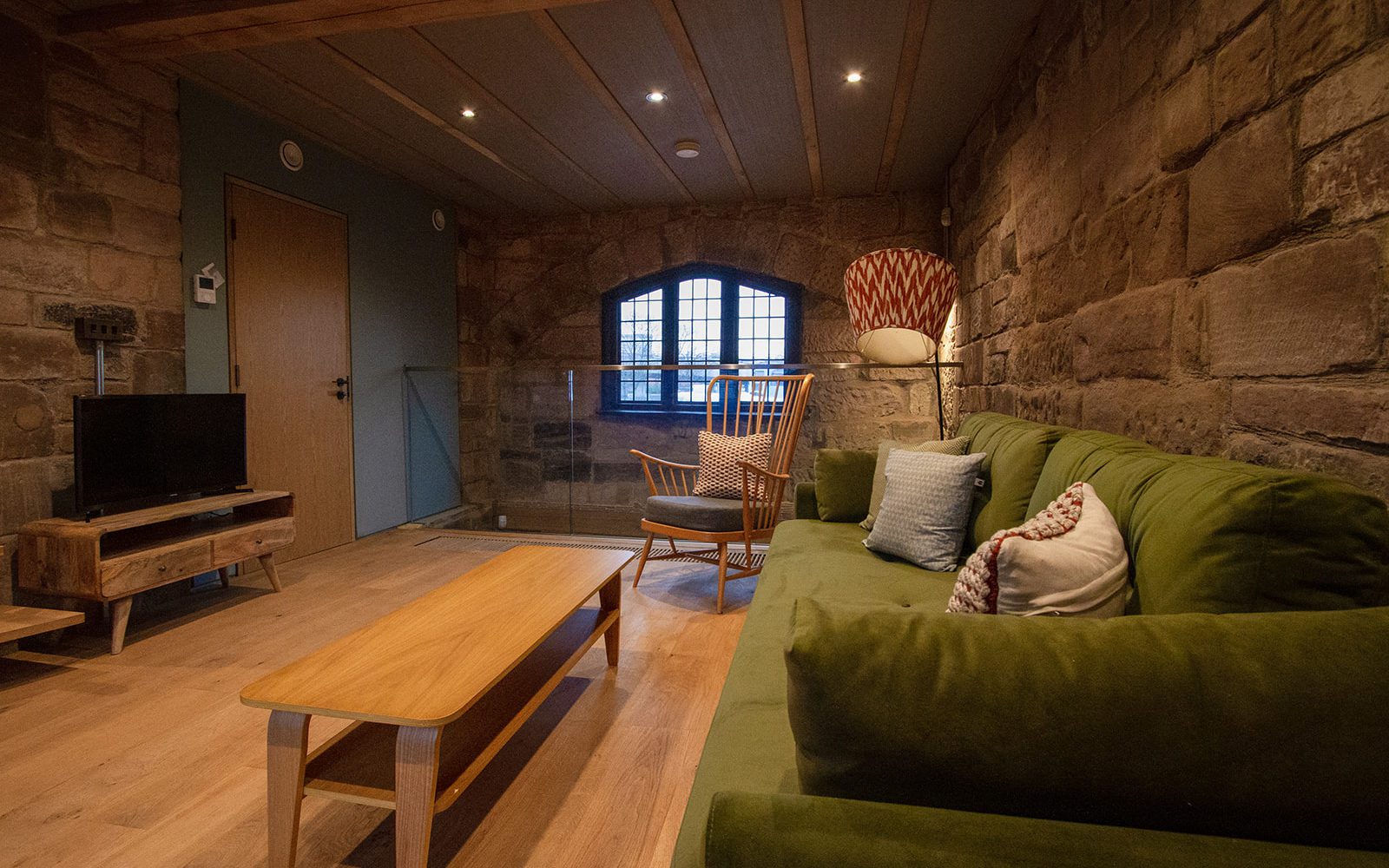 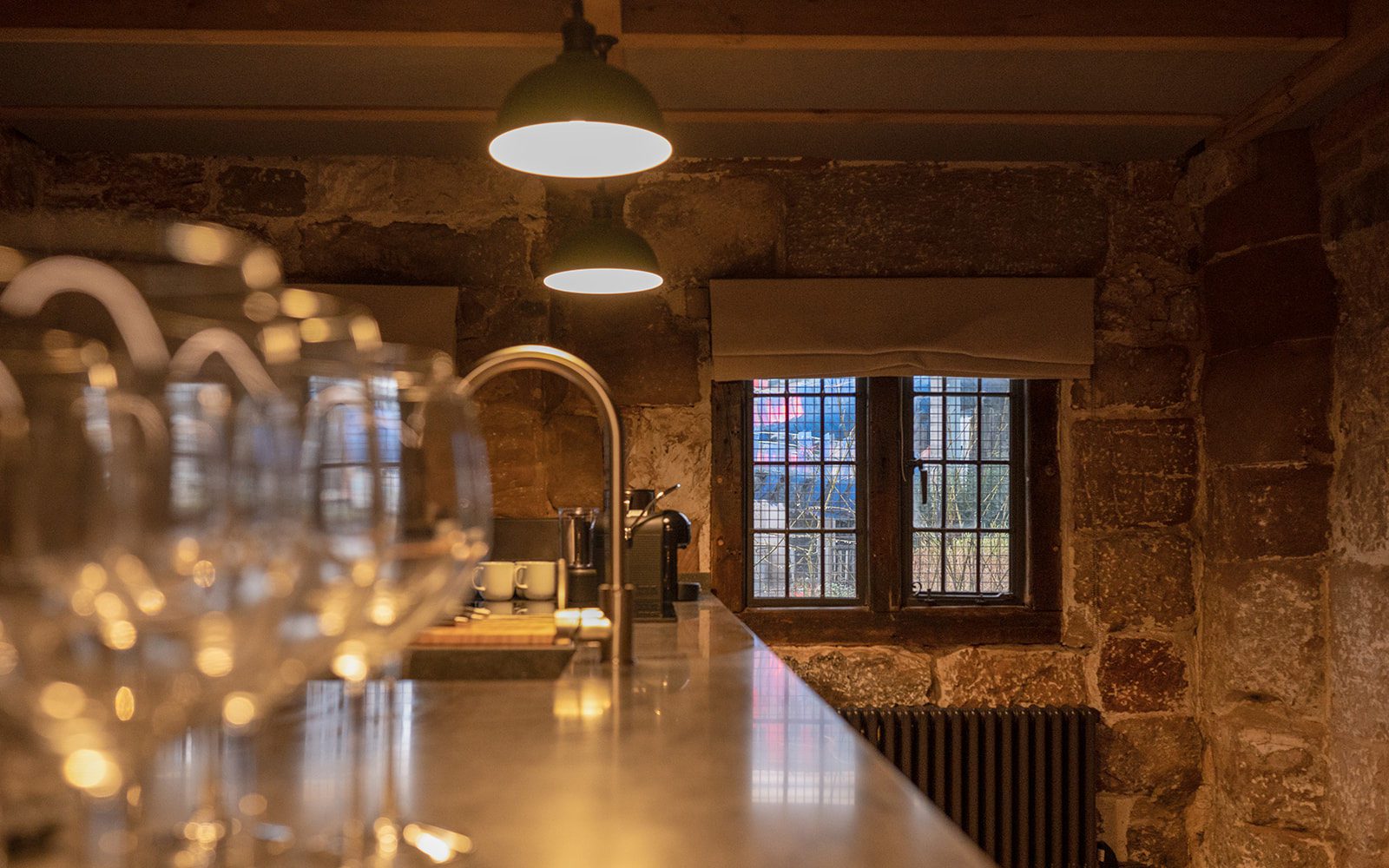 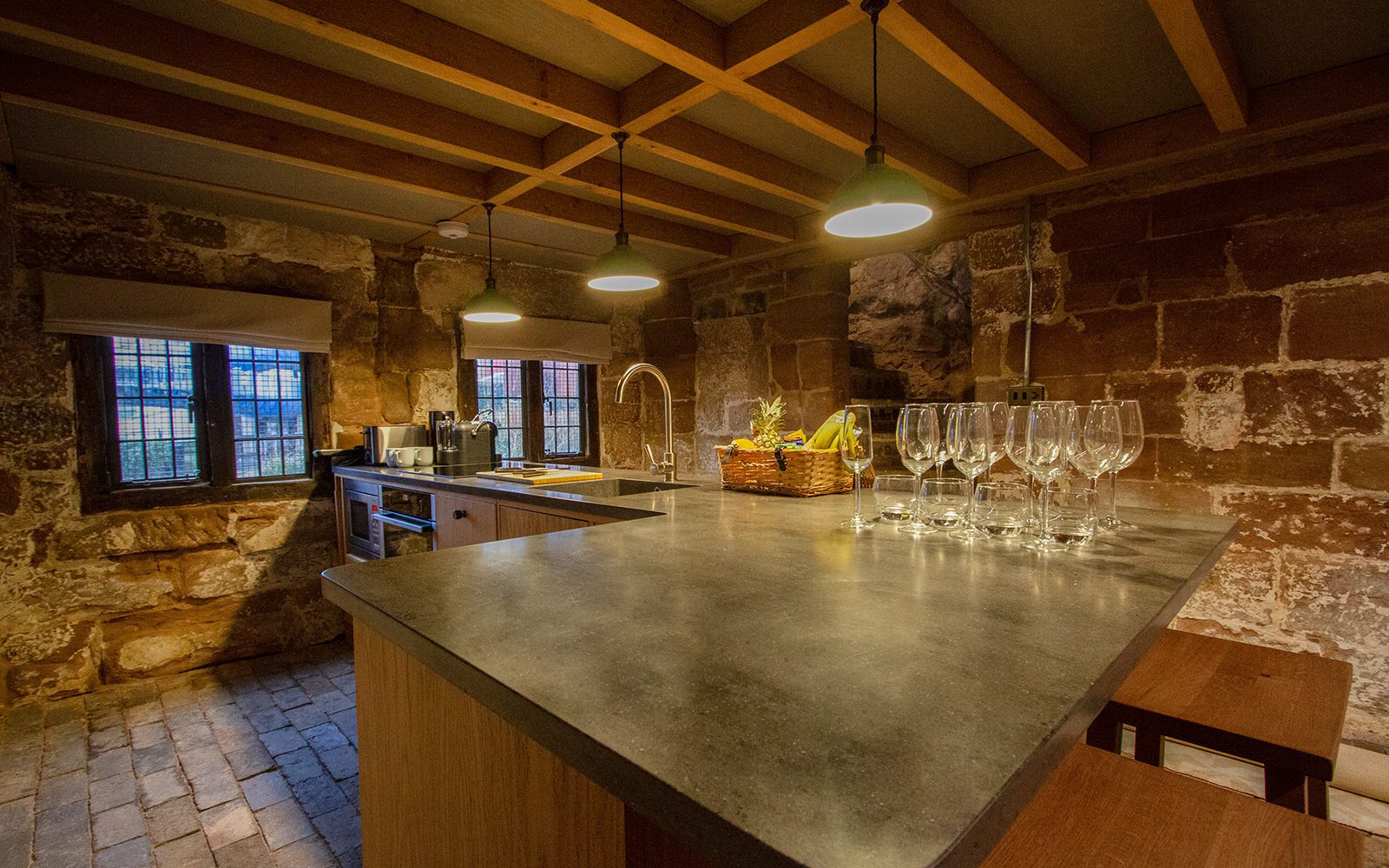 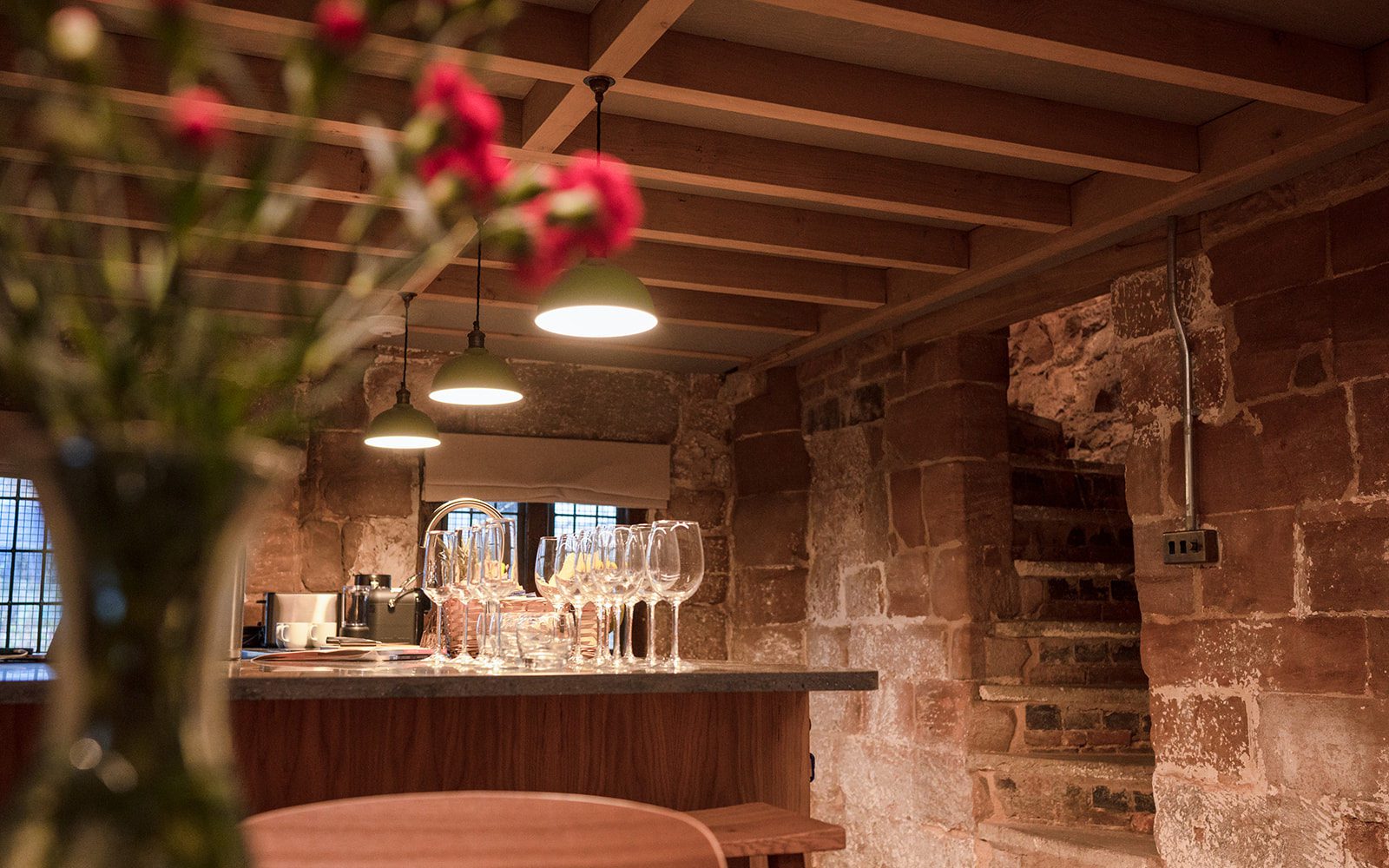 Swanswell Gate was converted into a cottage in the mid 19th century, and has subsequently been used as a shop, an artist’s studio and a hub for the West Midlands police. Both gates were restored in the early 20th century by city philanthropist, Alfred Herbert who also created the surrounding garden in memory of his second wife, Florence.

With support from the National Lottery Heritage Fund, Coventry City Council Cultural Capital Fund, Coventry & Warwickshire LEP and the Architectural Heritage Fund, Historic Coventry Trust have restored both buildings, removing them from the Historic England Heritage at Risk Register. In addition to sympathetic repairs, each gate has been internally adapted to holiday apartments, giving guests the opportunity to closely experience a special part of the city’s history.

Whether you’re in the mood for delicious food, exciting events or historical stays, customise your dream Coombe Abbey visit.